Tattoo artists in The United Kingdom are not hiding their concerns when it comes to the effects that BREXIT is having on the industry: clients are already spending less and a lot of very good artists are leaving the country.

Tattoo artists in The United Kingdom are not hiding their concerns when it comes to the effects that BREXIT is having on the industry: clients are already spending less and a lot of very good artists are leaving the country.

With clients spending less on tattoos, the artists and shop owners are pessimistic about the outcomes of The UK leaving the European Union, and feel they are not well prepared for what comes next.

The United Kingdom is the most tattooed nation in the world, with an estimated one in three young adults having at least one tattoo, and getting more tattoos done every year. Worldwide, the tattoo industry is worth an estimated $50 billion (£38 billion). Well over 40% of all millennials have tattoos, and 92% of people with tattoos are already looking for the next one.

It is estimated that 3.000 tattoo shops currently operate in The UK, with as much as 10.000 tattoo artists operating from the shops or from own private studios throughout the country. When one looks at the industry, it’s not just the artists and the shop owners contributing to the overall size of it, there are tattoo related products, supply industry and the growing media industry, all revolving around some ink being pushed under the skin.

Most tattooers blame BREXIT for decline of business

BREXIT is already affecting the tattoo industry. In a survey recently (12/2019 – 01/2020) conducted by Inkably.co.uk (https://inkably.co.uk) with 120 participating tattoo artists from different parts of the UK, 77% of all participants rated the impact of BREXIT on the industry as significant. 67% of the surveyed go on to rate the impact as negative, while 22% consider it to be positive, the rest regarding it as neutral.

Only 11% of surveyed tattoo artists don’t feel concerned about the future of the industry in The UK. 45% are very highly concerned, 22% consider themselves to be highly concerned, and the same number of participants fall into the ‘fairly unconcerned’ category.

When it comes to the negative effects BREXIT is having on the industry, 50% of the tattoo artists surveyed say that the number of clients booking tattoos has declined, compared to the previous year. Artists are also saying that clients are now looking for lower prices (44%), and that the average spend per customer has now declined (39%).

Among those who feel BREXIT has had a positive impact on the industry (22% of total), most say clients are now showing more interest. Average spend increase and more booking are something less than one percent of all the surveyed have experienced since BREXIT became a reality.

44% of surveyed tattoo artist only consider themselves as “somewhat prepared” for what will happen when The UK officially leaves the EU. Almost a quarter (22%) are not prepared, while 16% feel well prepared, and 11% feel very well prepared for what comes next.

Aleks Japundzic, the founder and CEO of Inkably.co.uk says they decided to conduct the survey after a few of their partners, tattoo artists and shop owners, shared their concerns.

“Our data was showing a noticeable drop in customer demand, higher than the usual seasonal change, and it especially affected larger tattoos.” says Aleks. “Clients looking to get tattoos in the £300 + range has dramatically declined in a year, while smaller tattoos, especially those in the sub £100 range, are more in demand now.”

As it’s well known to anyone who recently walked in to a tattoo shop, the industry is greatly relying on tattoo artists from different parts of the world, most of them coming from mainland Europe. The demand being as high as it is, increasing by an estimated 10-15% each year, finding enough trained artists will soon become a challenge for UK based tattoo businesses.

“A lot of good artists are leaving the UK. Thy don’t want the stress of Brexit, and they are not feeling welcome here anymore,” says one of the artists surveyed by Inkably.co.uk. Traveling tattoo artists are already showing less interest in guesting in The UK, opting for Germany, The Netherlands and other EU countries. Another feared effect of BREXIT will be the increase of the prices – most of the products tattoo artists use for their being from the EU. “BREXIT will affect prices, tattoos will be more expensive for both the artists and the clients,” says one of the surveyed artists.

1/5 On a scale of 1 – 10, please rate how strongly has BREXIT and the climate around it affected the tattoo industry in your opinion

2.1/5 Please pick options, or offer your own, that best describe the negative effects of BREXIT in your opinion (multiple answers possible)

This question was posed to those participants who answered question 2/5 with 1 – 5.

2.1/5 Please pick options, or offer your own, that best describe the positive effects of BREXIT in your opinion (multiple answers possible)

This question was posed to those participants who answered question 2/5 with 6 – 10.

4/5 Are you concerned over the future of the industry after BREXIT?

The survey was conducted online during December 2019 and early January 2020. In total, 120 tattoo artists in The United Kingdom responded to the survey. This is a random, non-representative sample. 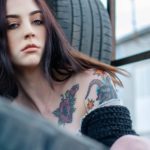 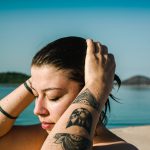 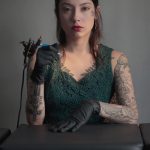 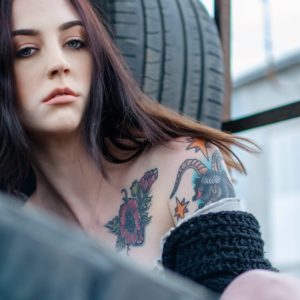 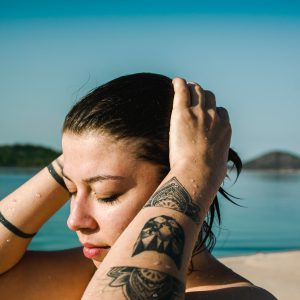 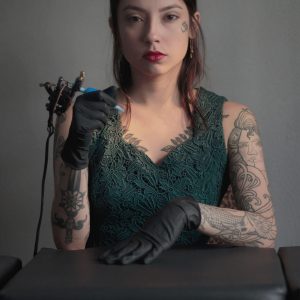 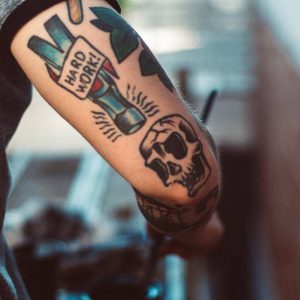 How to get a Walk-in Tattoo Without Regrets 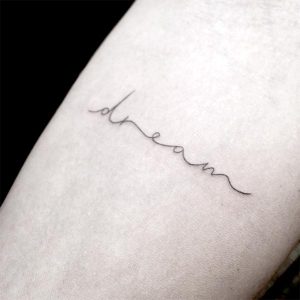 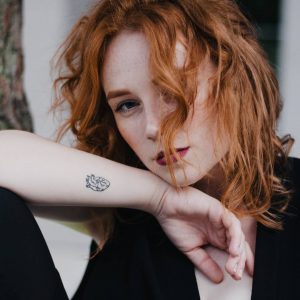 How Much Does a Small Wrist Tattoo Cost

Most sought-after tattoo artists on Inkably

I am Sílvia, born in Italy in 1992. I am junior tattoo artist based in London. I love doing portraits and…

I am a Spanish tattoo artist based in London. I have 3 years of shop experience along with guest spots all…

Making tattooing more artistic. I love when my designs float on people's skin! I put my heart and soul in…

I am a friendly, approachable and enthusiastic artist who has a strong passion for creating bold, beautiful…

I'm a tattoo artist based in London, working out of my studio Santo Cuervo Custom Tattoos, located in Stoke…

Passionate about fine line and blackwork; from tiny delicate tattoos to bigger, more impactful designs. As…

How can we help?

Get a Free Tattoo Consultation

Tell us about the tattoo you are looking to get, the more detail you provide, the better.